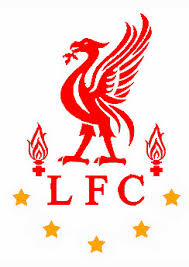 The species is it?Liverbird species itself has long been a topic of controversy. Originally this bird is known as the official seal of the city of Liverpool, since 1350, which is currently the seal is in the British Museum. In the 17th century, the origin of birds is slowly forgotten, and referenced as a Cormorant bird, a species of sea birds are often found in the waters of the bay near the city of Liverpool. Liverbird name itself was initially sparked when The Earl of Derby to grant a scepter with the words “engraved with … a leaver”, which was eventually turned into a reference on behalf of the Liver bird. But the next few centuries, a manual on the symbol twisted meanings by referring to a word in the Dutch language, the Lefler, meaning spoonbill, a bird that is rarely found in the north of England.
Myths and Legends
Bird popularity is becoming known since 1911, when the Royal Liver Friendly Society headquarters building in Liverpool city center, right at the end of the pier, overlooking the River Mersey.The building, which was named The Liver Building, is the most popular buildings in Liverpool. On it was built a clock tower with twin birds “cormorant” right in the middle of each tower, resembling liverbird designed by Carl Bernard Bartels and constructed by The Guild Bromgrove. The scenery is very striking (both liverbird in the tower) further reinforce the myths that developed in the coastal areas. According to legend, the birds are male and female liverbird (pair). That females facing the sea (which means: to see the fishermen return home safely from the sea), and the male facing the city (which means: ensuring pubs / resting place is still open). Local legend also says that the two liverbird were not facing each other as if they were mating and fly, then life in the city of Liverpool will stop. In fact, they are deliberately designed to control the city such